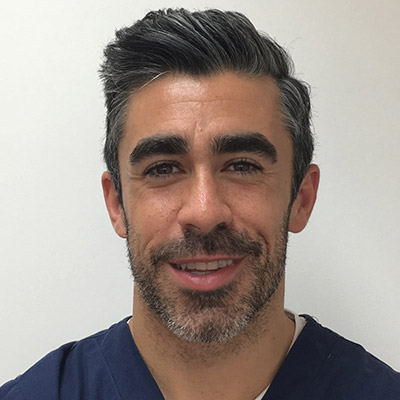 Born in London, Richard moved to Ireland for school and university. Upon graduating from Trinity College Dublin in 2012 he moved back to the South East of England. He completed his vocational training in Ripley, Surrey, after which he worked in the Queen Victoria Hospital, East Grinstead, as a Maxillofacial Senior House Officer, where he developed his surgical skills.

Following a period working as a general dentist, Richard elected to specialise in endodontics, completing his training at Guy’s Dental Hospital in 2019 (admission to the specialist register in January 2020). This training enables Richard to complete all-manner of endodontic treatments, including apical surgery and vital pulp treatments, so as to alleviate pain, eradicate infection and maintain patients’ teeth. During his training, Richard was also involved in undergraduate training and teaching of distance learning endodontic programmes.

Currently Richard works in a number of endodontic positions around London, Surrey and Berkshire. He also regularly attends local and international endodontic conferences. It is Richard’s firm belief that root canal treatment has an undeserved reputation among patients for being uncomfortable, whereas in reality, it should be a painless, predictable procedure, completed in a relaxed atmosphere. It is such an experience that Richard strives to provide.

Prior to his dental training, Richard completed a bachelor’s degree in Business and Law at University College Dublin.